What Alan Gross has identified in the above quote is that rhetoric, as the Ancient Greeks so considered, has a place equal with logic in the structuring of arguments. Its best succinct definition probably remains that of Campbell (Philosophy of Rhetoric, Bk.1, Ch.1, 1776): the art or talent by which discourse is adapted to its end. For social science writers wishing to think about its function in their own composition of texts, the following references may be helpful.

In her preface, the author claims that "this book is about interdisciplinarity", and she keeps her promise. By focussing on what rhetorical texts are for (they catalyse community), and how rhetorical language achieves its ends (by the writer making unusual linguistic choices), she is able to examine how rhetoric (by escaping jargon, and thereby jumping the linguistic and conceptual gaps between disciplines) can be used to foster two types of interdisciplinarity, which she refers to as "integrative" and "nonintegrative". The first, she states, makes common ground with other disciplines; the second enables the researcher to carry "special disciplinary interests and beliefs" into other fields. The overall message of the book appears to be that a skilled utilisation of rhetoric in one's language and thinking enables an enlargement both of one's research practice, and of the potential audience for its outcomes.

An edited collection of reflections on the integral relationship between the use ( and uses) of language, and the process of thought and practice in scientific research.

Overall, Gross's book is a comprehensive review of the function of rhetoric in science, in the generation, constitution and dissemination of scientific knowledge; and of the competing views taken by scholars of its importance in these areas. Perhaps a somewhat demanding read for those not working on the rhetorical analysis of science texts, but some awareness of the issues could assist novitiate authors in making informed stylistic choices on their own scientific writing practices. To understand how critical this is for the outcomes and conclusions of science in general, one only has to consider knowledge in the biological sciences, and the way it is communicated in the twenty-first century: it is now integral with a "green" ecological rhetoric, a million miles away from the rhetoric of control and exploitation of natural organisms and resources that informed such sciences in the nineteenth century.

The content of the book covers the employment of rhetoric in scientific policy, ethics and peer review, emphasising the extent to which the direction of science and the concerns of scientists are governed by the hidden paradigms of habitual rhetorics. It also includes a case study of Charles Darwin as the rhetorician par excellence.

The extent to which effective rhetoric helps the writer-researcher reach wider audiences is considered, as well as the degree to which the need to communicate with specific audiences shapes the nature and the findings of the research. A theoretical text which can be read as a practical resource for negotiating the diverse scholarly hurdles that the construction of an academic text is subject to.

▸ SOME REMARKS ON REPRESENTATION

Writing is a process of revision and change, and it is very rare for the first effort to be what is kept. This should not discourage you, rather help you realise that most of your work will go through several incarnations before you are satisfied that it says what you want it to. The University of Queensland offers some useful comments on the parallel processes of revision and editing, along with practical suggestions for getting more out of your work.

Willis and Trondman : Manifesto for Ethnography

In this discussion, the authors state that Ethnography and Theory should be conjoined to produce a concrete sense of the social as internally sprung and dialectically produced. Drawing from William James, they present a feeling that students writing up will recognise as all too familiar - 'Experience, as we know, has ways of boiling over, and making us correct our present formulas (1978:106) Under the acronym of TIME, standing for a 'Theoreticaly Informed Methodology for Ethnography', the authors enter in to a discussion of 'recording and presenting the nitty gritty of everyday life', of producing 'illumination' for readers and a host of other issues experienced by students grappling with qualitative data. 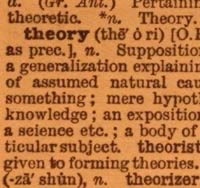 Hints and Tips for Writing

It is intended that this section will expand with time as students share their experiences of writing qualitative work on the group discussion boards. It is also tentatively supposed that the content contributed here may help fill a need, in that, though there are many publications focussing on creative writing, and, similarly, many that explore the fundamental structures of effective written communication in a variety of genres, there are rather fewer which examine what happens in between : the cognitive experience of the author facing a blank page or writer's block, and the behavioural processes that subsequently ensue.

The useful websites to the right deal with more general thesis-writing issues. The collection of links below are gathered from an essay by Ingie Hovland in Anthropology Matters 2007.

You may also have wondered what things look like from your supervisor's point of view. Les Back, who has written for our Writing on Writing collection, has created a beautiful website called the Academic Diary. We suggest you browse around, but take a look under Themes for Supervision and Students for some entries that may help you reflect back on who you are writing for, and what help may look like in testing times!

Writing for Social Scientists: How to Start and Finish your Thesis, Book , or Article. Second Edition

Last year, the University of Chicago Press republished Howard S. Becker's classic book on Writing for Social Scientists. Updating chapters on computing and information technology, the new edition also develops significantly in its last chapter Becker's ideas on the role of institutions in setting standards, demanding particular types of writing, and judging students work. Professor Becker will be contributing to the Writing Across Boundaries 'Writing on Writing' series, keep an eye out for his piece! 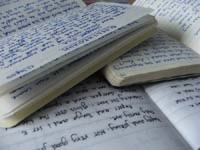